Emergency Medical Workers Are Integral to the Fight Against Coronavirus. Just a Few Decades Ago, America's EMS System Didn't Even Exist 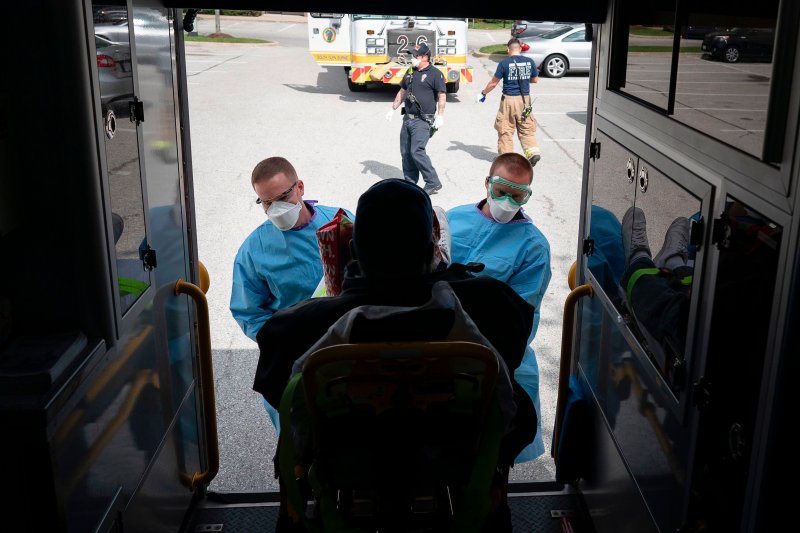 Sunday marks the beginning of EMS Week, an annual time to recognize the life-saving efforts of emergency medical services personnel. While celebratory events won't take place in person this year, EMS personnel are getting more recognition than usual: even before EMS week, virtually and during daily cheers for healthcare workers, they are widely hailed as heroes on the front lines of the COVID-19 pandemic. But though sick people have always needed someone to help get them to medical attention, the modern American EMS field is only about five decades old — and can be traced to what one scholarly report called a "neglected epidemic." As driving, especially highway driving, became a central part of American society, so did accidental injuries and preventable deaths due to inadequate care after car accidents. Doctors were overextended and new types of medical personnel were needed to take some pre-diagnostic tasks off their plates. Around the same time, military medics who had served in Vietnam provided a blueprint for emergency care back in the states. Until the mid-1960s, many first responders were funeral home workers doing double duty, suited for the job because they were able to transport people in hearses but usually trained only in basic first aid. A 1966 National Academy of Sciences report entitled "Accidental Death and Disability: The Neglected Disease of Modern Society" revealed that experience among the personnel responding to accidents varied widely. Standard treatment protocols were lacking, and so was efficient transportation to the scene of an emergency.

"In 1965, 52 million accidental injuries killed 107,000, temporarily disabled over 10 million and permanently impaired 400,000 American citizens at a cost of approximately $18 billion," the report said. "This neglected epidemic of modern society is the nation's most important environmental health problem. It is the leading cause of death in the first half of life's span. Although 49,000 deaths in 1965 were due to motor-vehicle accidents, more than this number died from accidents at work, in the home, in other forms of transportation, in public buildings, in recreational activities, etc." The most damning line: "Expert consultants returning from both Korea and Vietnam have publicly asserted that, if seriously wounded, their chances of survival would be better in the zone of combat than on the average city street."

As a result of this crisis, the Highway Safety Act of 1966 included efforts to standardize the training of EMS personnel. While ambulances deployed by hospitals did exist in cities like Cincinnati and New York City, their equipment got key technological upgrades during this period, especially so that more could be done to stabilize patients in cardiac arrest en route to the hospital. Frank Pantridge is known as a "father of emergency medicine" for inventing the portable defibrillator at a hospital in Belfast in Northern Ireland in 1965; that technology was first installed in an ambulance in 1966 to create a mobile cardiac care unit that could correct a patient's irregular heartbeat before arrival at a hospital. In 1968, the Seattle Fire Department's mobile coronary care unit trained paramedics "to intubate, place intravenous lines, and identify cardiac rhythms," according to the American Journal of Public Health. (The first 9-1-1 call was also made that same year.)

At that point, military medics returning from Vietnam formed the backbone of the civilian EMS corps and, early on, the University of Maryland's Shock Trauma Center began replicating techniques used to tend to the wounded in Vietnam—such as medevac transports—in civilian settings in the U.S. The first nationally recognized curriculum for emergency medical technician–ambulance (EMT-A) was published in 1969 and is considered to be "the birth of modern EMS." TIME started reporting on EMS as a growing field in 1970. A March 23, 1970, TIME cover story on inefficiencies in American society reported that "doctors are talking about turning over more of their basic chores to paramedics and nurses." Eight months later, TIME zeroed in on this trend and the dozens of training programs underway across the country in the profile "Paramedics: New Doctors' Helpers":

Compounding the doctor shortage, says the Carnegie Commission, is the absurd fact that "expensively trained physicians are performing tasks that could well be carried out by less broadly trained personnel." Such tasks include taking the patient's history and blood pressure—chores that a doctor need not do. The U.S. has an ample supply of people, including 250,000 retired nurses, many of whom would gladly help doctors concentrate on more serious matters. Each year, the armed forces discharge 30,000 highly trained medical corpsmen, including seasoned veterans of battlefield medicine in Viet Nam. But in many areas, the only civilian medical job open to such skilled men is hospital orderly. …Despite initial fears that paramedics might make errors of medical judgment, experience shows that this is not the case. One study of 180 patients examined first by a paramedic and then by a physician found the examiners disagreeing on only two cases. Supporters also point out that most paramedic work is double-checked by doctors.

The EMS Systems Act of 1973 created more than 300 such systems. Doctors started being able to specialize in emergency medicine during this period, and more trauma centers opened nationwide. The TV show Emergency! boosted the profile of paramedics when it was on air between 1972 and 1979. 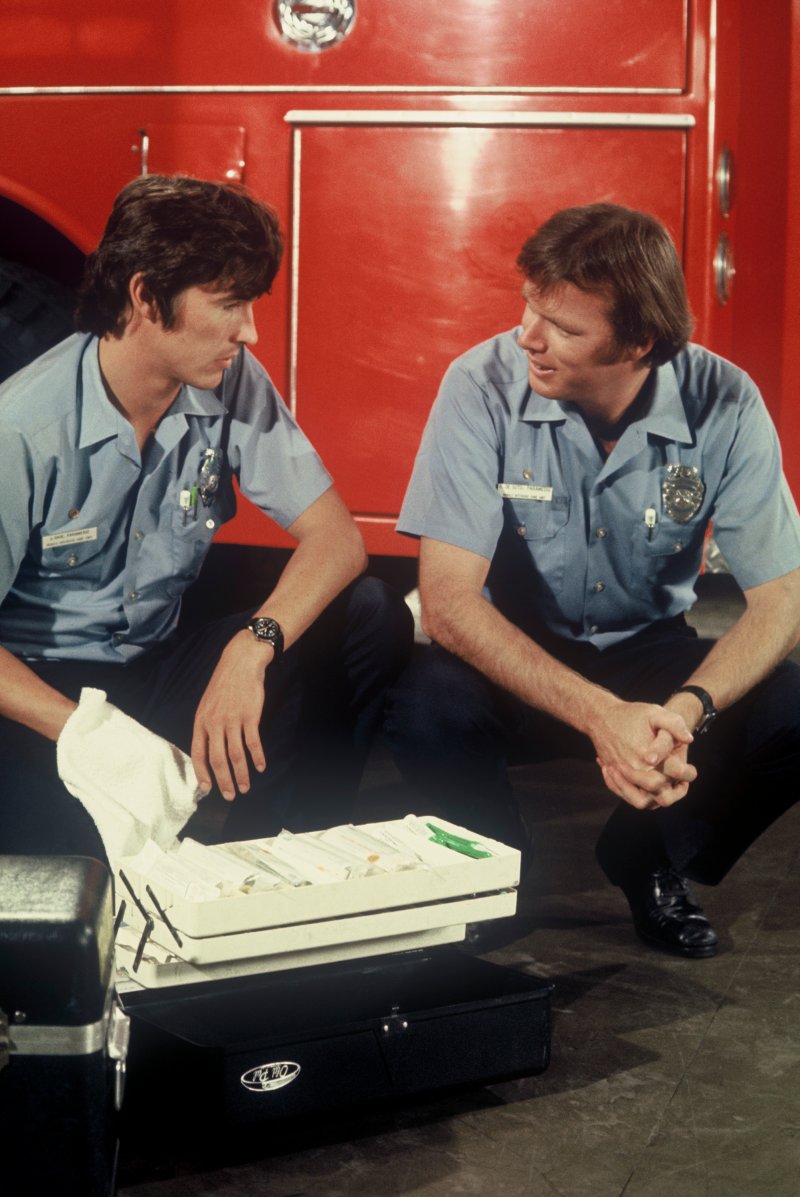 The show EMERGENCY! raised awareness of paramedics when the profession was just getting going. (L-R) Paramedics on the show John Gage and Roy DeSoto played by Randolph Mantooth and Kevin Tighe, respectively, in an episode that aired Nov. 3, 1973. NBCU Photo Bank/NBCUniversal —Getty Images

Nearly five decades later, the EMS field in the U.S. boasts more than 260,000 EMTs and paramedics—but, while the profession is technically established, many today are facing a challenge that is putting their expertise to the test. Working through the COVID-19 pandemic amid medical supply shortages has left many in a difficult and scary position, even as the crisis shows why those EMS innovations of the 20th century were so necessary.

As one 26-year veteran EMT recently told TIME, "I've never seen anything like this."