'I woke up a totally different person’: FDNY paramedic in coronavirus coma for a month wakes up, tells Daily News she has new lease on life 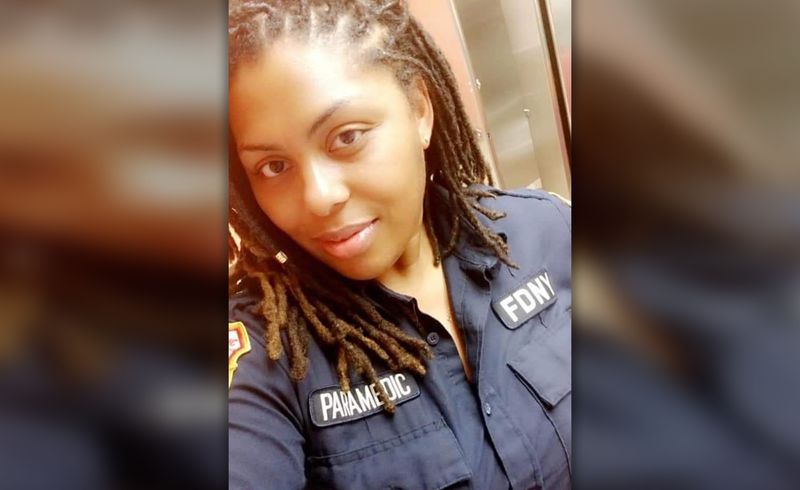 The last thing FDNY paramedic Christell Cadet remembers was telling doctors she could no longer breathe on her own. That was on March 21, when the 34-year-old was placed in a medically-induced coma while fighting for her life against a crippling coronavirus infection. The gutsy city worker, who collapsed outside her Queens home after finishing a shift, regained consciousness last week to find her whole world was dramatically different.

"I woke up a totally different person," Cadet told the Daily News, her voice still hoarse and weak. "I'm not the same person I was before this started. Mentally, it makes me look at things different. It makes me appreciate life in a different way." For one thing, Cadet said she had no conception of the serious damage that COVID-19 could inflict. She's teaching herself now to speak and walk again, and her mother — a Queens nurse — is feeding her and helping Cadet get around.

"You don't know how bad it can actually get," said Cadet, who uses an oxygen tank to assist with her breathing. "I didn't know it could be that bad. No one knows how bad this virus was — is." Cadet, after conducting a CNN interview from her hospital bed, took a turn for the worse that same day. Her last memory before a month of emptiness was the realization that she needed immediate, live-saving help. 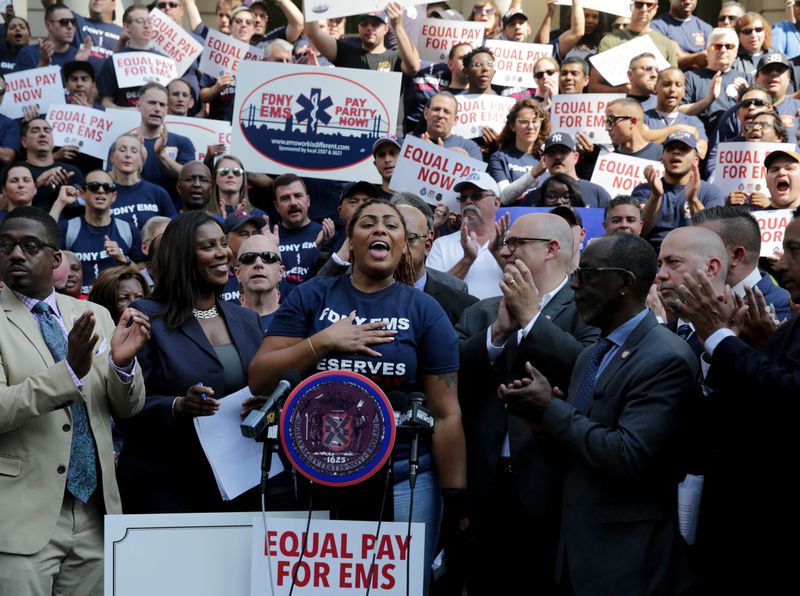 FDNY Paramedic Christell Cadet at a City Hall rally on Sept. 25, 2019, demanding equal pay and benefits for the Emergency Medical Service (Wes Parnell/for New York Daily News)
"I kept telling the staff I was having trouble breathing and too tired to breathe on my own, and I have to be put on ventilator," she recounted. "They put me in a coma after that. "​Cadet was hospitalized seven weeks ago after family members found her crawling on her hands and knees, struggling to catch her breath. They delivered her to the hospital, where she tested positive for COVID-19. ​Over the next month, as Cadet lay unconscious in the hospital with machines pumping oxygen for her, family members fretted over the paramedic's health and feared she might die all alone. As oxygen levels got worse and she was put on an ECMO machine, which oxygenates the blood outside the body and then returns it.​ Then things became even more complicated. Her nervous father, afraid he might never seen Christell again, suffered a stroke in early April and lost some of his ability to speak. The 65-year-old patriarch is also in the process of recovering.

"He was very stressed over the fact that we couldn't see her and we didn't know what would be the next step or if she was going to come back to us," Cadet's mother, Jessy explained. Cadet improved over time. Her blood oxygen level rose, she was removed from the ECMO and then taken off the ventilator. She opened her eyes while her mother watched via FaceTime. "This goes to (show) Christell and the rest of the paramedics that they are resilient," said Oren Barzilay, President of the FDNY EMS union, who noted that four members of EMS have died of coronavirus. "Her grave situation was extremely concerning to us as she is loved by all of us. To hear that she is doing much better is a huge relief." While Cadet remains ecstatic to be home and getting healthy, she wonders what the future holds as the crisis that hit New York in early March stretches into early May. "Of course, I'm always afraid of a relapse," she said. "But I'm very blessed to be where I'm at today."