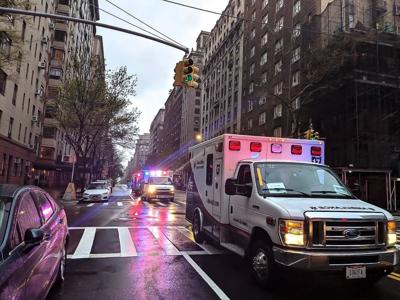 A group of Omaha area EMTs recently returned from New York City where they worked with other first responders. ANGELA KIRCHNER

New Yorkers opened their windows, banged their pots and pans together and shouted their thanks to the first responders on the street below. For a moment, Lucas Nielsen felt his stress melt away. The cheering was a "7 p.m. thank you," a daily occurrence the EMT from Bellevue witnessed while working in New York for 21 days. "Everyone who went (to New York), from all the other companies that went up there, said that FDNY didn't treat us any differently than one of their own," Nielsen said. "A lot of them said we're all brothers and sisters now." Nielsen was one of 60 EMTs deployed to the city by Midwest Medical Transport, a company subcontracted with American Medical Response to assist with disasters like the coronavirus. The group drove 30 ambulances more than 20 hours to help transport COVID-19 patients in New York.

Omaha Station Manager Angela Kirchner led a team of nine during the deployment. She said the situation in New York was unlike anything she'd seen in her 10 years as an EMT. "Walking into the ERs, it was almost like entering a third-world country hospital setting with how many people were there," Kirchner said. "It was wall to wall with people waiting, coughing. You had to maneuver between all the patients in order to find the patient you were looking for." The group mostly transported patients between hospital facilities. Nielsen said that for some of them it was "like a trial by fire." Nielsen started as an EMT in November of last year. He said that COVID-19 patient transport in Omaha was mostly handled by more experienced providers. "I found that as long as we followed all the recommendations they had — constant air through the ambulance, face protection — we were good to go," he said. 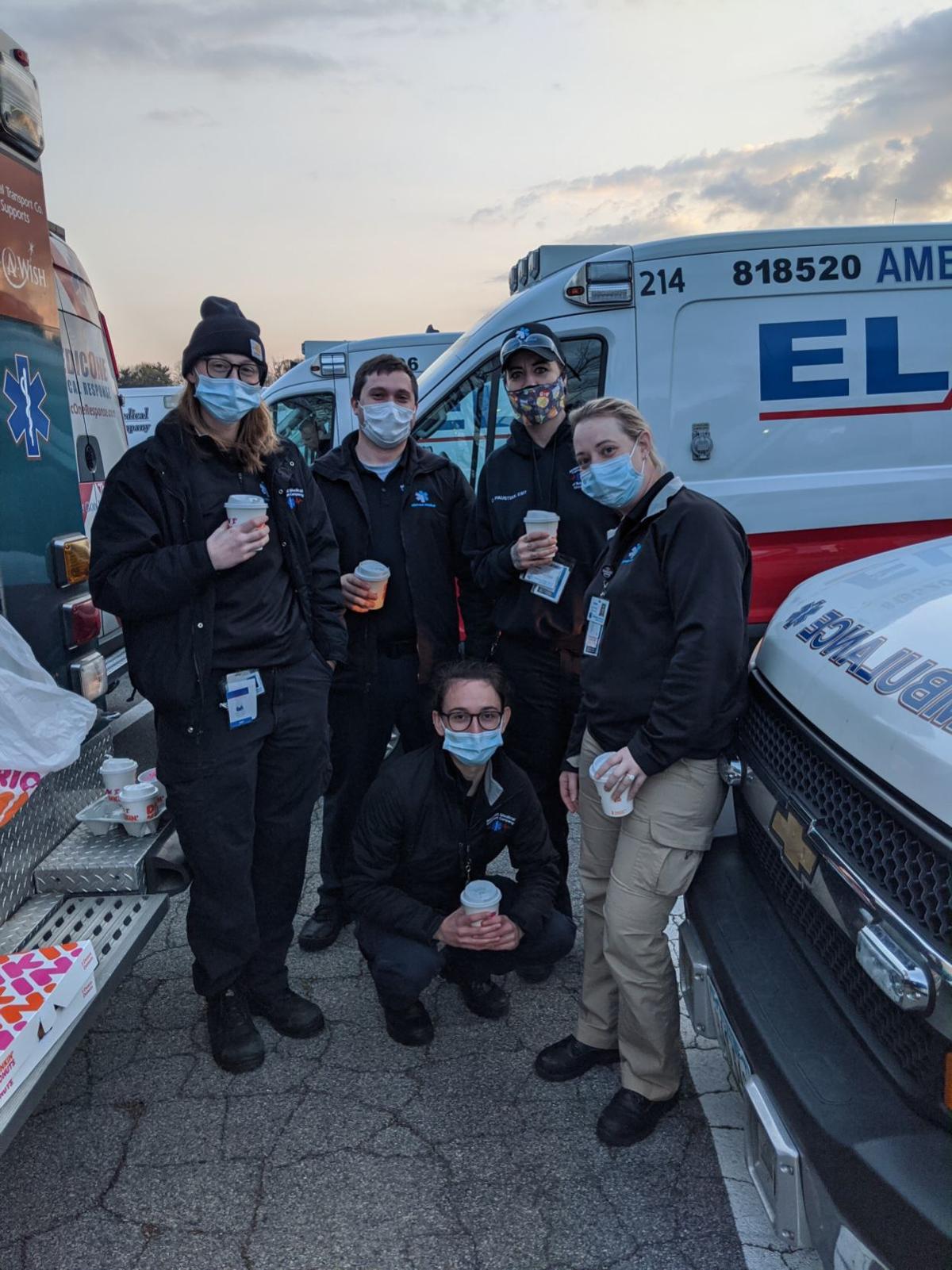 Angela Kirchner, far right, with her team in New York. Kirchner was among 60 Midwest EMTs who drove to the city to assist other first responders. ANGELA KIRCHNER

Nielsen said that early on he noticed how much of an impact fear had on people in the city. "We had one patient who had shortness of breath. We get the patient inside and start talking to them," he said. "It ends up being a panic attack just from the stress of the situation. A lot of calls out of that day was just people being afraid that they might be sick." Nielsen said that seeing the refrigerator trailers hospitals had set up to hold the deceased put things in perspective. "They kind of blend in a little bit but you can look over and know what they're for," Nielsen said. "Most of the patients we had weren't doing that bad, but other people who had gone up with us from our station had been in the ICU at one of the hospitals and they saw just how overflowed the hospitals were."

The Midwest Medical EMTs headed back to Omaha on May 1. "Honestly, I'm surprised how well the trucks handled the trip," Nielsen said. "They even handled the streets of New York well." Kirchner said so far no one who was deployed has tested positive for COVID-19. All were tested when they came back to the state and have been self-monitoring. For Kirchner, the trip brought her experience with COVID-19 full circle. Her group helped to transport the 57 Americans who came to Omaha on Feb. 7 from the Wuhan, China, area and were quarantined at Camp Ashland. "We almost feel like we've started with COVID-19, and we've progressed with it," Kirchner said. "Out there, it was absolutely amazing just to see how much of a positive reaction we got from everyone we came into contact with." Nielsen recounted a moment when an off-duty New York police officer approached his ambulance and offered Nielsen his patch.

"We were so honored to be there," Nielsen said.