​Mr. Bey, who died of the coronavirus, was a popular instructor at the Fire Department's Emergency Medical academy. 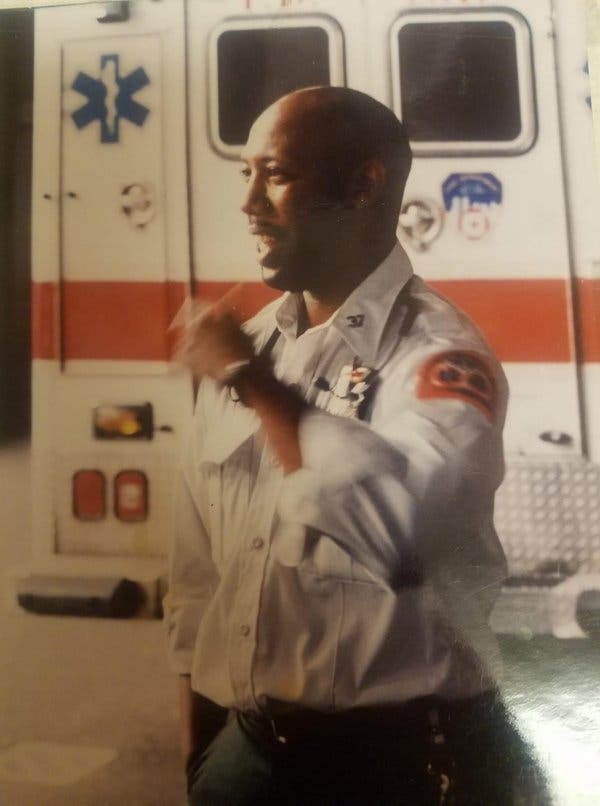 Idris Bey served as an E.M.T. in New York City for 27 years. He was also a Marine, and on 9/11 rushed to the World Trade Center.Credit...via Bey family

​This obituary is part of a series about people who have died in the coronavirus pandemic. Read about others here.

At the New York City Fire Department's training academy, lessons can last as long as six hours and trainees will tell you it's not uncommon for people to doze off during class. But one instructor stood out in keeping students on their toes: Idris Bey. "He was spontaneous, charismatic and hilarious," said Sasha Gomez, a former student who became a fellow instructor. "Everyone wanted to be in Mr. Bey's group. We would fight over him." Beneath that engaging personality was some hardcore experience: he served in the United States Marine Corps and as an E.M.T. responded to the attack on the World Trade Center on 9/11.

Mr. Bey, a 27-year veteran of the Fire Department's Emergency Medical Services bureau, died on April 22 at Coney Island Hospital. He was 60. The cause was Covid-19, Daniel A. Nigro, the fire commissioner, wrote in a statement. He is one of nine members of the department to die of the virus so far. Mr. Bey was born on April 26, 1959, in Brooklyn and attended Sheepshead Bay High School. After serving in the Marine Corps, where had the rank of lance corporal, he became an emergency medical technician at station 35 in Williamsburg, and responded to the terror attack in 2001.

"He was there during 9/11 when those buildings came down," said Nehemiah Chandler, a close friend. "His ambulance was totally destroyed and many people thought that he and his partner may have died, but he survived and continued to put his life at risk to help as best he could." The Fire Department said he received a medal for his actions after the attack. He joined the academy as an instructor in 2002.

Mr. Bey served others well beyond his job, said his former fiancée. She recalled one occasion when he organized a fund-raiser for a friend going through financial troubles. The money raised allowed his friend to keep his house. Mr. Bey was a history buff and an avid reader who amassed a library of more than 1,000 books. Friends and family said if he wasn't at work you could find him browsing the aisles at Barnes & Noble. He was also an observant Muslim who had made the hajj, the pilgrimage to Mecca. He would often take his daughter Jelani Williams to Coney Island when she was younger. "Every time we went," Ms. Williams said, "he would have a book for me and we would just sit on the beach and read together from sun-up to sundown."